As part of the ongoing “Flashback Friday” series, I am reposting content from this blog’s archives. An article on this subject was originally posted in May 2014.

It seems that, in general, the stories that get read the most are those that manage to get a number of people talking about a book, or those written by “popular authors.” In the first case, it’s probably a mix of word-of-mouth discussions by the readers in which the merits of a particular book are discussed and shared, and advertising–getting the public to know your book exists (click here to read about how you can get an advertising deal for your novel) .

But in the second case, when you become a popular author, your work gets read not because the book in question is said to be good, but because you wrote it. And some writers have noted that such “reading by popularity instead of reading by merit” is unfair. It hurts those who haven’t made a name for themselves by taking up the reading public’s time when they could and should be reading other, better written works. 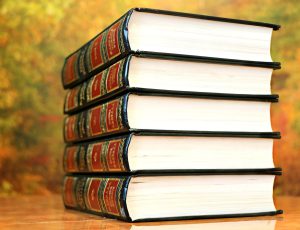 In an original article on the Huffington Post, Lynn Shepherd urged J. K. Rowling to stop writing. But she doesn’t suggest that Rowling stop writing altogether.

She states, “By all means keep writing for kids, or for your personal pleasure – I would never deny anyone that – but when it comes to the adult market you’ve had your turn.”

According to Shepherd, her argument is grounded in the fact that Rowling’s book, The Cuckoo’s Calling, did not sell well until it was discovered that Rowling was the writer (the book having been published under the pseudonym, Robert Galbraith, in 2013). The next book, The Casual Vacancy, was also written for the adult market but by that point, the secret was out as to who “Robert Galbraith” truly was. Shepherd claims that The Casual Vacancy, while being “no masterpiece and yet [selling] by the hundredweight” was sucking “the oxygen from the entire publishing and reading atmosphere.”

Shepherd asks Rowling to “Remember what it was like when The Cuckoo’s Calling had only sold a few boxes and think about those of us who are stuck there, because we can’t wave a wand and turn our books into overnight bestsellers merely by saying the magic word,” by having the fact surface, intentionally or otherwise, that they were indeed written by a popular author and not someone unknown.

Shepherd clearly feels that Rowling is getting attention in the adult market solely based on her name and her success with the Harry Potter books, and she writes that “it’s time to give other writers, and other writing, time to breathe.”

On the Reading Side: I think Shepherd’s argument may have more to do with the readers than the writers, though. If we, as readers, stopped reading books just because they were popular and started reading what we really enjoyed – what we found inspiring or excellent, not because of peer pressure or any desire to conform to others’ opinions, but because the work recommended itself to us – then publishers would no longer publish books solely because of an author’s celebrity name. If we ignored who did the writing and looked at the content itself to guide us in whether it was worth buying, worth reading, worth recommending, then we’d no longer have this problem where supposedly mediocre books destroy the reading atmosphere.

But part of the challenge lies in readers wanting more of what they already enjoy. If they know the author, they are more likely to read another work by that author because they have reason to believe it will contain things they like. It’s why people often read sequels to books they enjoyed; not only do they want to continue the story, but they liked the first installment and hope to similarly enjoy the next volume.

On the Writing Side: As far as authors go, I think those like Rowling are presented with a dilemma. Should an author who has developed a strong fanbase keep writing, even if his or her works do not sell well on the book’s own merit? Should people like Rowling keep writing just because they can, because they have a story to tell, even knowing that their story may be taking up space and reading time that could be devoted to another, better story?

Perhaps, ultimately, authors just need to spend more time making their stories better, even when they’re popular and no longer need a quality story for it to sell. If they devote their time to their craft, they should manage to be more than a “one-hit wonder” and develop a style and excellence that shines through all their writing…and not just the stories that “placed them on the map.”

What do you think? Have you read a book just because it was written by a popular author? Do you think mediocre works distract from valuable stories we should be reading instead?

4 thoughts on “Flashback Friday: What Stories Should We Read?”