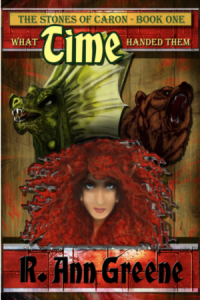 Book Description per Back of Book: Earia, queen of the elves, has long fought against an enemy she believed she created: a man, Niren, who she raised as her son, over four hundred years ago and he will see every man, elf, and dwarf killed unless they bend a knee to him. The dragons already have, willing or not, and Earia is forced to fight them as well as Niren’s soldiers.

Fillip is a seventeen year old, raised in the woods and seashores of the small country of Niss, and he has managed to find the one thing which can give the elves hope against Niren and his dragons.

Pursued by assassins, Earia is desperate for Fillip’s help and he is aching for adventure, even danger. Fillip’s younger brother is not so inclined, but what is a brother for, if not to help chase monsters and throw down kings?

Earia’s age old companions are quick to accept the youngsters and teach them a thing or two. Fillip soon discovers that he is not the farmer he thought, but a bold adventurer, willing to take mighty risks to see the world and to fight for his new friends.

Book Review: About halfway through reading this novel, I checked with the author to confirm that she still wanted me to review the book, not because the content was bad, but because in many ways, it was unremarkable. It had a few unique takes on things–like bears that wear armor and dwarves as the “hobbits” of sorts in the tale–but much of it reminded me of The Lord of the Rings. But she requested an honest appraisal all the same, so here’s a look at the Narration, Content, Characters, Artwork, World-Building, and Overall Response.

Narration: Two out of Five. The narration was very heavy on description, which is reminiscent of Tolkien’s and fantasy in general. It conveyed a distinct sense of place, so that you always knew how things looked, but the narrative style was one of the primary sources of the “unremarkability” of the text. It was a hybrid of third person and omniscient, where there is no narrator to guide us through the story and to give a consistent flavor to the piece, and yet we aren’t close enough to the characters to see things filtered through their beliefs and thoughts and perspectives, either. Thus, we are kept at arms’ length throughout the story, only learning what the author wants us to know without coming to know characters or author all that well.

Content: Two out of Five. The book felt very similar to Tolkien’s in terms of plot points and content, which further hurt the appeal of the story. There was a wise, older person (Earia) who comes to a peaceful place and informs an inhabitant that he has a stone of power (Fillip), that his home is in danger, and that he must leave to take the stone somewhere safe–either to another caretaker or to train him in his own abilities with the stone. Then they ford a river, stay at a homely house where they take a bath, and proceed to a rough town where they meet a stranger (which felt a lot like Strider at Bree).

There were plenty of things that could’ve set the story apart, though. The Sauron-type villain is married to an elf, and he is using peace and political intrigue, not war, to achieve his goals (aside from when he sends goblins to hunt elves and stones of power). There are lots of dragons, and wizards, the aforementioned bears, monkeys, strange snakes, and an elvish ship that has fallen into enemy hands, and I wish the unique elements would’ve been developed more (but, from the way this book sets up its sequel, I expect the plot to really grow into its own creation for book two).

The nice thing about the content was that it wasn’t particularly gory or explicit in any way. Despite the battles, it wasn’t gruesome, and since the main female lead is married, there wasn’t any romance or sexual content, either (I kind of wish there were some romance just to make things interesting, but I’m fond of romances in most anything.)

Characters: Three out of Five. I actually liked a lot of the characters. I liked Earia, though I don’t know enough about her due to the narrative style to truly empathize with her. She’s a super-warrior, capable of taking on six goblins without too much trouble, but she’s also a woman with great regrets who raised Niren and yet never wanted to be a mother.

I wished the narration had given us more time to understand her on a psychological level, to know what matters to her and why, and the same thing applied to many other characters: her husband, Fillip, and his father (there is considerable mystery about who Fillip is, with many characters claiming he isn’t a dwarf, and yet we never explore this, either).

Artwork: Subjective. I read the novel before I saw the cover, and when I did see it, I was quite surprised. I’ve no idea who the woman with the red hair is (she looks like a grown-up version of Merida), because Earia has hair “the color of the noonday sun.” Likewise, I’m unsure as to the identity of the dinosaur-looking thing, unless it’s meant to be a dragon, and the bears weren’t in the narration long enough to merit being on the cover…in my opinion, of course. 🙂

World-Building: Four out of Five. I definitely felt like this world existed, apart from anything Tolkien had created, which was part of my struggle. The idea of dwarves who had split apart over an ancient civil war, of a man denied a throne who takes one anyways, of revenge mixed with justice and desperate elves working with seventeen-year-old dwarves made me want to know these people more, to spend less time in the wild wilderness fighting bears and dragons and snakes and more time interacting with the culture, learning about how this society worked and functioned. Like the set up for the characters, the peeks into the unique nature of the world just made me want to know more…which was frustrating, as we don’t get to the “more,” in this book at least.

Overall Response: 11 out of 20, or 2.75 overall. This book feels a bit like an author’s early exploration of characters and world, setting up new content by borrowing from other sources, and I think by the end there is enough new material to make me eager to read book two. It’s a promising start for the series, though by itself it has some challenges, and for those who can’t get enough of fantasy and travel sagas, of dwarves and elves and magic, it’s definitely worth reading.

Photo used by permission of author