I realized that I’ve been looking at racism a lot from an artistic and a personal viewpoint. But this doesn’t always cover all there is to be said, so I wanted to look at it more philosophically. In the light of all that is going on in our country, there are many questions we have to answer. It’s clear something needs to change, but what? Who’s to blame, and what can (and should) we do for justice to be done or to make a difference?

There are many facets of racism in this nation. We’ve seen it most recently in stories, told by friends or on the news, about blacks who’ve been killed, targeted, or discriminated against by whites. But there is racism, too, when blacks treat whites poorly, when they respond to them harshly even though, if a black was in their place, they’d be calling them “brother” and giving out hugs. When a white person enters a “black arena,” whether a Black History Month celebration or a primarily black community or church, do they feel welcomed or unwanted? Are they on “equal footing” with other attendants, or regarded with a cold shoulder? 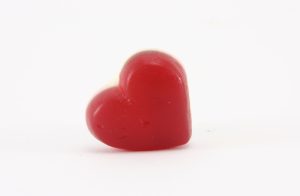 I believe there is a “natural” component to racism. Human beings have a tendency to gravitate towards what is safe. What is known. What is like us. It’s why we have pets with “human” tendencies, who have similar wants and needs and expressions, of a sort, rather than adopting slugs or butterflies. We like sharing our experiences with those who can relate, who understand, and who see things as we see them.

And even if the whole world were the same color, we’d still be finding something to discriminate against. History is full of “like-skinned” discrimination, where Protestants were against Catholics, one tribe against another, and one college against graduates of another. Even though we pursue equality, there is a tendency to grasp at differences, whether racial or gender or such petty things as wearing glasses, having braces, or being homeschooled. If we ever found lifeforms on another planet, there would be some who would probably discriminate against aliens, just because they weren’t “like us.”

And, even where such discrimination doesn’t actually exist, there can be the tendency to create it in our minds, to see ourselves as the victims, the slighted ones, even when members of the culture around us isn’t nearly as hostile as we imagine. Rebecca Fried and Dr. Richard Jensen have opposing arguments about the presence or absence of “No Irish Need Apply” signs in America, and while Ms. Fried proved that there were some, Dr. Jensen seems to also be supported that they weren’t ubiquitous. Everyone wasn’t against hiring the Irish, but because there were some, in certain times and places, it undoubtedly made the Irish wary. Suspicious that, when applying, they might get turned down just because they came from a particular, small island in the northern waters of the Atlantic.

And this suspiciousness could undoubtedly work against them. What if someone with a British background wanted to be friends? Would they be able to put the years of discrimination from other people, of a similar background, behind them? What if their very attitude of being “wary” caused them to not interview well, which resulted in their not getting picked for the job because they didn’t seem to be friendly or a “good fit for the team”? The applicant might walk away, certain it was the Irish-ness that kept them back, when in reality, in was the “chip on the shoulder” that hindered them.

And what about today? Having been hurt by some whites, can blacks look past the color of our skin and welcome us? Or do we need to be genuinely concerned that counter-racism movements could rise up and spread the violence and hatred another direction? Like the position of men where sexual harassment and sexual discrimination is concerned, are we now in a spot where we have to tread on eggshells, afraid that we’ll be dubbed racist even though we are genuinely trying to be as just and as fair as possible? Will all our efforts be deemed “not good enough” just because of the color of our skin?

If the color of one’s skin doesn’t matter, then we need to act out that belief, in our own lives, to the best of our abilities. We need to inwardly counter any tendencies for discrimination, whenever we see it rear it’s prejudicial head, whether it is to hang out with people who look a certain way, possess a certain education, or have a certain skin color. Affirmative action works best when, from our hearts, we step out of our comfort zone, out of our circle of the familiar and similar, and have the courage to reach out to someone who is different.

One thought on “Affirmative Action and Our Hearts”